I bet you’re wondering what this post is getting at, already, aren’t you? 😀 Because not everyone has the same beliefs, and not everyone professes the same religion, right???             All in due course.

You see, language reflects people’s beliefs-there have been some influential psychologists historically, actually, who believed language determined thought.  https://www.princeton.edu/~achaney/tmve/wiki100k/docs/Sapir%E2%80%93Whorf_hypothesis.html So if there’s a word, or turn of phrase that comes easily to your tongue, you can infer that (whether explicitly or implicitly) you believe in it-or that it means something to you.

This argument could open up an interesting can of words if I were talking to people who swore a lot.

But in the meantime, I argue that a large proportion of people-possibly even all- believe in or worship one thing in common.

These ritualistic greetings, and almost codewords reflect a belief in an impersonal force, beyond our reckoning, that turns the world to our advantage, or not. Some believe they can influence this force-that doing certain things will change your luck. Walking under ladders, smashing mirrors, killing spiders…even cutting your toenails at night! These behaviours and beliefs vary from culture to culture, but the core is pretty consistent.

You see, luck doesn’t equate to probability, which can be measured, and which has mathematical laws governing it. Au contrare, luck is seen to be a fickle beast, unique to each person or situation. Almost as if, say, people were using it as an excuse for lack of skill on their part, or lack of effort. Or almost as if you were trying to make the world a more pleasant place by hoping it would be (for some light, extremely repetitive and amazingly sincere reading on that belief, feel free to pick up a copy of “The Secret” sometime. Then burn it.) The thing is, walking under a ladder does make it more likely for it to fall on you. The thing is, smashing mirrors is a great way to get fragments of glass everywhere. Possibly in you. Let alone the fact that the owner may be a bit miffed (especially if, say, they were the kind of person to whom mirrors are very important).

But the fact is, probability is not determined or influenced by luck. The stars aligning reflects more about how you tilt your head than it does your future, your past, or your personality. Amazing as it may seem, if you randomly select a group of people, you may get a group with the same interests, even the same name, randomly. Because that’s how randomness works. Sometimes statisticians use semi-random sampling just so that they can’t get those crazy random patterns.

And I’m not saying that there isn’t a God who does do stuff. But any god that really is God, wouldn’t be magically swayed by you saying certain words, or have to give you a bad day if you accidentally squash a spider. A real God-the real God in whom I believe-is bigger than all that.

And the thing is…The real thing is, if you don’t believe in luck, don’t follow the religion! Don’t say the codewords. Don’t obey the rituals!

And for goodness’s sake, please think about what you say! 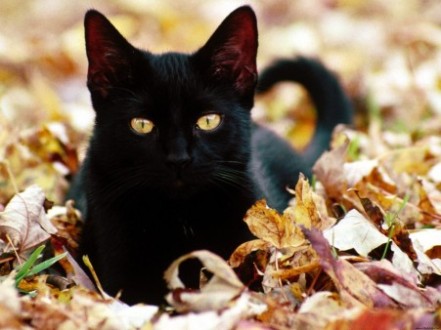